The greatest of Strength is seen at the Static Monsters

Eben Le Roux, very well known in the strongman circles in the Southern Hemisphere (especially since he is currently the Southern Hemispheres Strongest Man), knows how to deadlift! Ebens back strength is phenominal as seen in his fantastic ability with Atlas stones and huge deadlifts where has has pulled 400kgs at the Arnolds Australia in Melbourne 2015.

In this above video is his third attempt that was taken at the Static Monsters 2015, held at the Mermaid Waters Hotel, Gold Coast, Australia. On his first attempt he hit 380kgs as an opener quite comfortably, a lift that was matched by only two other lifters on the day. On his second attempt he ran into a brick wall, he tried 400kgs (880lbs) and couldn’t get it above his knees (seen below). 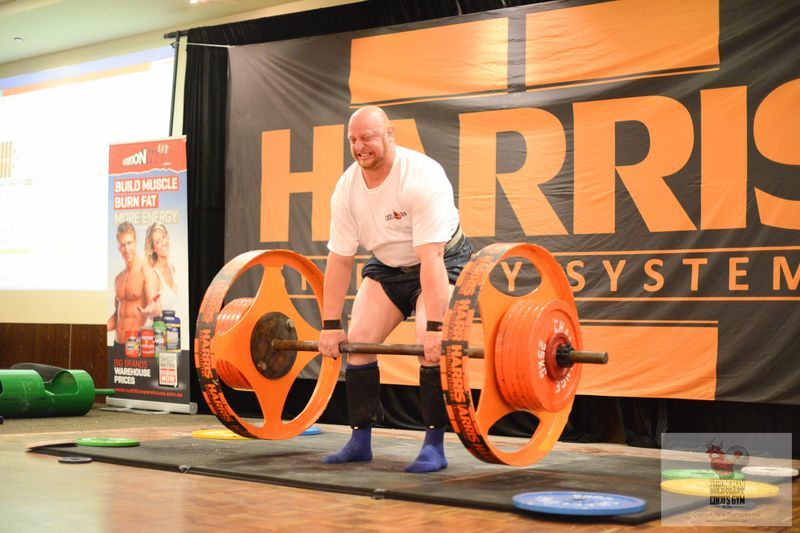 The amazing part about this story though was the third attempt. As you all know, after you miss a lift, especially in competition, it is very rare that a lifter will come back and make the lift. Eben, with all his experience (and amazing strenght) managed to pull it all together on his third and final attempt to not only make the lift, but to take the $800 cash prize jackpot from Harris Stability Systems as a part of the Harris Deadlift Challenge!

Watch the video to see how amped up the crowd and commentator (me!) and Eben were on this lift, also the final lift of the competition!
Amazing stuff Eben and good luck in the Arnold Strongman Championships in Melbourne in two weeks time, March 18-20.