The Static Monsters for 2017 will see some super athletes from all around the world going head to head. This year a good match up based on size and lifts will be Sean Demarinis and Jean Stephen Coraboeuf. Both of them will also end up at the upper end of the field at the end of the day, hopefully setting lifts to get them onto the worldwide podium for a “Monster Total,” as well as tyring to qualify for The Static Monsters World Championships on the Gold Coast in May of 2018.

So lets look at them for a comparison: 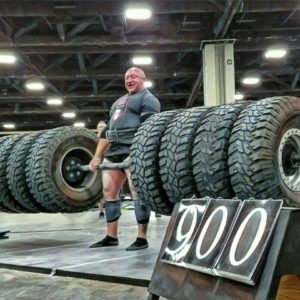 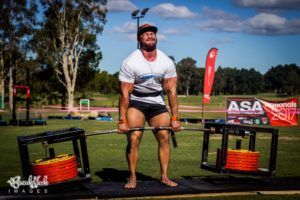 Where will the lifts of these two be at the end of the day? I can’t see Sean doing any less than 180kgs on the log, so maybe 185 at least plus a 420kgs deadlift, giving him an total over 600kgs, something not yet seen in the event with Colm hitting 595kgs in 2016. Coco’s lifts? Likely a 180kg log and then topping it off with a 410 to 420kg axle deadlift, again getting incredibly close to that 600kg Monster Total.

Although both of them will be competing at the lower bodyweights of Open mens Class, they will both be vying for top spots on the day!

Sean will be competing in The Static monsters in San Diego at Grinder Gym. http://staticmonsters.com/events/static-monsters-2017-san-diego/

Coco will be competing in The Static Monsters at his own gym on The Gold Coast, Coco’s Gym. http://staticmonsters.com/events/the-static-monsters-gold-coast-australia/

Check out www.staticmonsters.com for the full listing of events all round the world for 2017 (over 30 events across 10 countries). And find out where you can also join in on the competition.