We definitely have a few of the strongest men in the world competing in The Static Monsters for 2017, but what about the women? Lets have a look at one of the strongest women walking the world right now, Kristin Danielson Rhodes.

Kristin has been competing for 12 years and on the weekend (16/17 September 2017) placed 4th in The Strongest Woman in the World competition with a a very strong line up of international strongwomen. 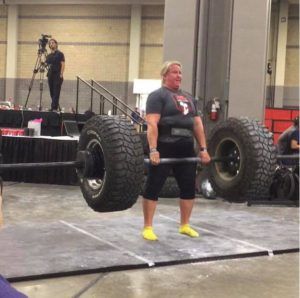 So with this kind of strength and experience, we will no doubt see some new records within The Static Monsters for 2017, also some possible world record lifts. There is also a very real chance Kristin will take out the outright Monster total, worldwide for The Static Monsters 2017.

Kristin will be competing in The Static Monsters 2017, San Diego, USA on the 29th October. being held at Grinder Gym.

Looking for an event near to you? Have at the STATIC MONSTERS WORLD MAP HERE!