How does that sound? Carl’s training has been going exceptionally well since the Static Monsters in 2016 where he hit a 115kg log. In training recently we have seen him strict press a 120kg log. The current mens under 80kgs log world record is 136.5kgs. October 28 and 29th 2017, I think we will see that fall.

More impressive, Carl wasn’t even known as a presser, he has a huge deadlift on him too and hit 320kgs last year. This year who knows! Carl is an amazing competitor, winning the 2015 and 2016 Arnolds in Australia in the under 80kgs class. Now having been invited to the Offical Strongman World Championships (without having to qualify) he is concidered in the top echeclon of under 80kg competitors on the planet. 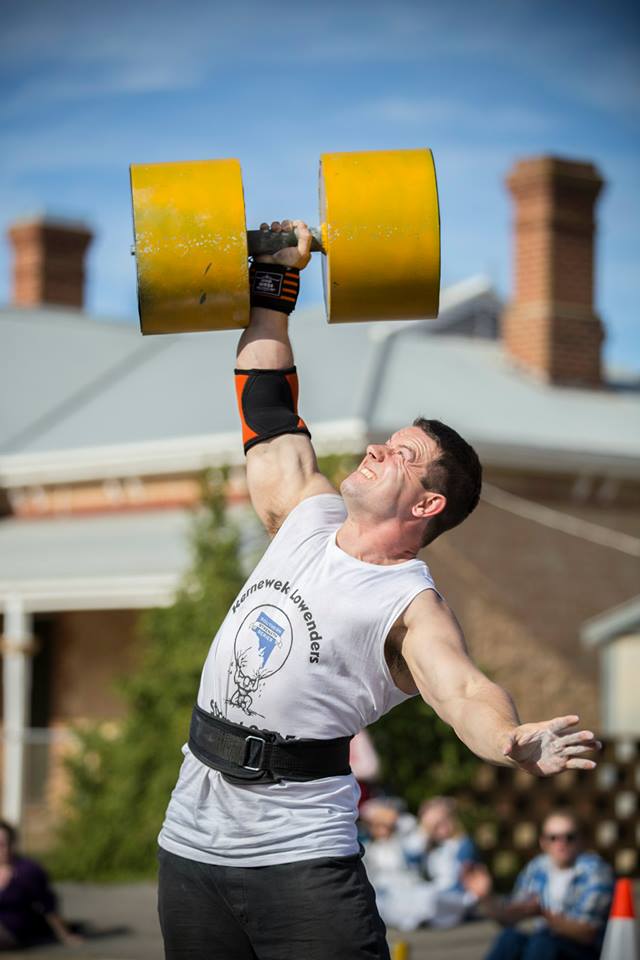 Brainspace: Carl trained on a log for 2 years before he realsied it was 10kgs heavier than he thought. So now, we will see him hit bigger numbers than he thought he could hit! Carl will open on a new Australian record at Static monsters. Current record is held by Michael Smits at 127.5kgs.

Join the Static Monsters yourself, find an event near you: