The Static Monsters for 2017 will see some super athletes from all around the world going head to head. In the womens under 82.5kgs class we will see the super match up of Kate Mitchell Parker, fresh off her second placing at the Strongest Woman in the world and last years winner of The Static Monsters outright, Ainslee Gordon. Both of them will also end up at the upper end of the field at the end of the day, hopefully setting lifts to get them onto the worldwide podium for a “Monster Total,” as well as trying to qualify for The Static Monsters World Championships on the Gold Coast in May of 2018.

So lets look at them for a comparison: 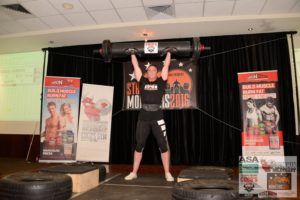 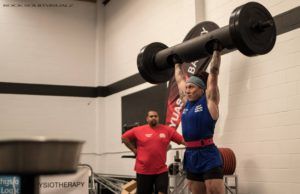 These two have gone head to head once before, the Arnolds Australia this year, 2017. Kate came out in 1st place and Ainslee in 3rd place. With Ainslee’s previous experience on the higher pickup axle bar, we know Kate will have to pull out her best deadlifts on the day. Kates overhead are also marginally ahead of Ainslee’s!! The overall totals from these two women in the 82.5kgs class are going to be very high, but also very close together! Not only that, even though they aren’t in the open womens class, I do expect the both of them to have totals that could be competing for the outright top ten around the world!!!

Ainslee will be competing in The Static Monsters on The Gold Coast at Coco’s Gym.

Kate will be competing in The Static Monsters in Auckland, New Zealand.

Check out www.staticmonsters.com for the full listing of events all round the world for 2017 (over 30 events across 10 countries). And find out where you can also join in on the competition.